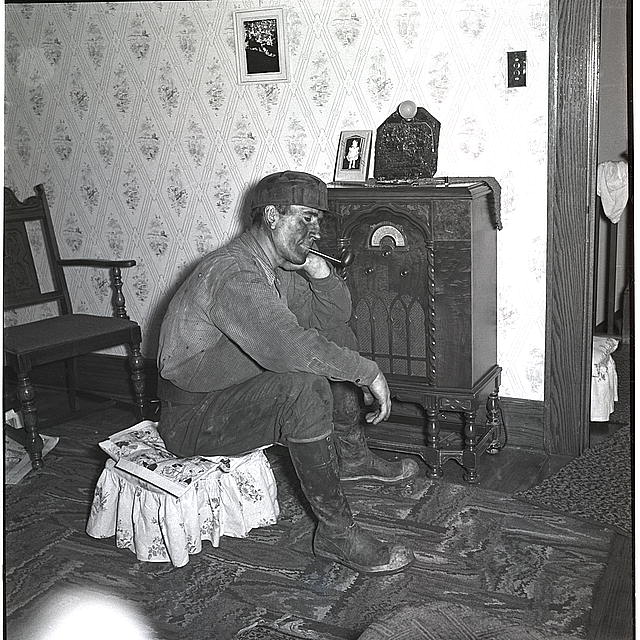 The history of American radio is deep and virtually timeless. Long before man ever conceived of such ideas as space shuttles or Broadband connected Internet, the simple radio was the gem of the era. For every radio personality we know of today, there are more which we forget. Long before Rush Limbaugh's ultra-conservative viewpoints turned the heads of the masses, Father Charles Coughlin and his radio show did the same.

Coughlin first hit the airways with his radio broadcasts in 1926. Nothing fancy or over-the-top, Father Coughlin's show was a humble talk-radio program that dealt with issues of American living, religion, and a slight touch of politics. His weekly sermon was preached out of Detroit, via the CBS sponsored WJR radio station. For five years, Coughlin delivered a weekly show to many listeners.

Father Coughlin was soon forced to raise funds for his radio show once CBS dropped their free sponsorship of the program in 1931. He strived to achieve his own national network, and with the perseverance he would later become famous for, Coughlin amassed millions of listeners in as little as a year.

With the ears of the public, Coughlin's word was as good as gold to many hard-working, God-fearing Americans. Around the time of the Great Depression, Coughlin lent unabashed support to Presidential nominee Franklin D. Roosevelt during the Presidential election of 1932. Hoping to help heal America after the Depression ravaged and shook her foundations Coughlin voiced strong support for "The New Deal," a plan of Roosevelt's that would help a struggling country to her feet.

His radio show kept listeners up-to-speed on the latest happenings in Washington once Roosevelt was elected. Father Coughlin did his part by remaining impartial for the first years of Roosevelt's term, only lending support through prayer and well-wishes. His "news-like" delivery to the public created a bond, which would later help Coughlin when he needed credibility as a strong political voice.

Only two years into the New Deal, and Coughlin's soft-spoken support began to turn to outspoken discontent. Father Coughlin's idea for a better America went against Roosevelt's pro-capitalist initiative, and his disdain for money-hungry politics became all too evident in his future broadcasts. Coughlin then worked to help worker's rights and formed the National Union for Social Justice.

Listeners began to hear less about God and religion, and more about the negative influence of international bankers and Wall Street. Always citing that the general public was his main concern, Coughlin was granted leeway when it came to political matters. His priesthood lent an infallible shroud in the beginning.

By the mid 1930s, Coughlin was the preeminent Roman Catholic public speaker on all issues political and financial. His radio show picked up more listeners with each sharply spoken criticism of capitalist policies. At the height of Coughlin's disdain for Roosevelt, he denounced him as a "tool of Wall Street," lending his support to politicians like Huey Long and William Lemke.

His anti-capitalist musings were just the tip of the iceberg, however. Father Coughlin would soon be faced with charges of anti-Semitism and Nazi sympathizing.

During his peak, Father Charles Coughlin was considered the undisputed king of talk radio. And whether a fan of Coughlin's or one of the many denouncers of his "brand" of social justice, he continued to systematically etch his place into the fabric of American culture. His show began in the mid 1920s and peaked during the early 1930s. At the time, his broadcasts were one of the most popular in the country, drawing in millions of viewers and receiving upwards of 80,000 letters per week.

The first outspoken voice against Coughlin came from a fellow holy-man. The Reverend Walton E. Cole, a minister in Ohio, urged the Roman Catholic Church to remove Coughlin and his seditious broadcasts from the air. Father Coughlin's personal attacks on Roosevelt, industrialism, and the Jewish people worked to have him shunned by many priests and pastors of the era, though Coughlin's show still remained on the air with a heavy base.

When this approach didn't work, the Roosevelt administration declared that the First Amendment's free speech didn't cover radio broadcasts, and Coughlin was promptly forced from the air when he was unable to receive a newly mandatory operating permit. Coughlin's counter to this was to purchase independent air time and play prerecorded shows on the air.

In 1939, the Code Committee of the National Association of Broadcasters forged new rules and placed increasingly rigid limitations on the sale of radio time to controversial spokesmen. This was directly aimed at Father Coughlin and his unwillingness to concede his throne as the nation's top dissenting voice. Now, manuscripts would have to be given in advance, and stations were threatened with a loss of license should they not comply with the new standards on "free speech." In a 1939 issue of Social Justice, Coughlin stated that he had been forced off the air by those who controlled circumstances beyond his reach.

Even though the government – the very entity put in place of guarding free speech – found a loophole to destroy it, Coughlin estimated that the written word was still "untouchable." He then started to heavily print uncensored editorials in his newspaper. In a relentless game of cat-and-mouse, the Roosevelt administration stepped in again removing Father Coughlin's mailing rights and making it impossible for his papers to reach their destinations. The administration cited that Coughlin could print whatever he wanted, but did not have the right to use the United States Post Office Department to send his publications.

Soon after, Coughlin found his influence was greatly reduced. The world quickly began to change around Coughlin, and he was now considered a true enemy of the state for his isolationist ways and sympathetic leanings toward the enemy. He was ordered to stop his political activities and take over the duties of parish priest at the Shrine of the Little Flower. Coughlin retired in 1966 and continued to write anti-communist papers until his death in 1979.