Support of FDR turns to Disdain and Anti-Semitism 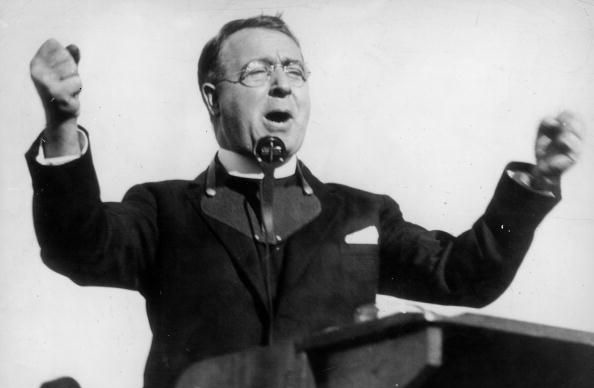 In 1932, Coughlin put his support in Franklin D. Roosevelt, and supported his "New Deal." Within two years, Coughlin's steadfast support turned to dedicated disdain, and he began urging Roosevelt to stray from the capitalist structure and establish a Central Bank. During this period, Coughlin became involved in many trade unions, fighting for automotive workers' rights, and insisting that veterans from the First World War be given compensation.

Coughlin would soon completely turn his back on Roosevelt, forming the National Union of Social Justice, publishing a newspaper (Social Justice Weekly), and eventually joining the Christian Front. His views continued against communism and the dangers involved. He began blaming the Jewish people for Marxism and even claimed that the Nazi Government was a necessary defense against the Soviet Union. Eventually, Coughlin became known as simply "anti-government," and even "anti-American."