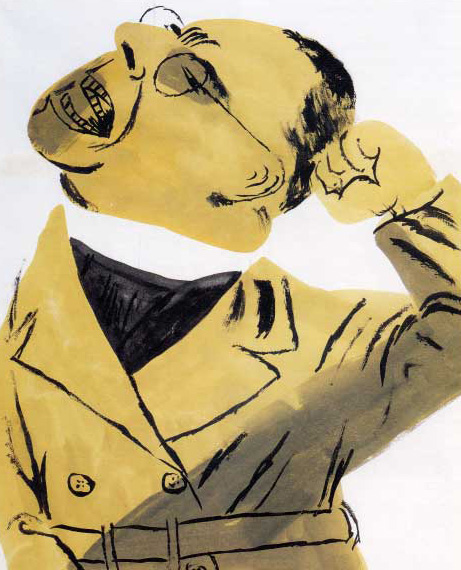 "Ultra-conservative," "headstrong," "vigilant," these are all words used to described the famous Father Coughlin. Ironic at the time for a Roman-Catholic Priest, however, Father Coughlin was well-known for all the wrong reasons. An outspoken authority on subjects ranging from politics and economics to social family structures, Coughlin's hubris and uninhibited voice were the brunt of ridicule in some circles, while the saving grace in others.

Born in Hamilton, Ontario, Canada on October 25, 1891 to Irish-Catholic parents, Charles Edward Coughlin grew up under strict Catholic rule. He grew fond of the idea of priesthood as a teen, and was ultimately ordained to the title in Toronto in 1916. Father Coughlin taught for seven years at the Assumption College in Windsor, Ontario, and made his move to the States in 1923, by way of Detroit, Michigan.

It was in Detroit that Father Coughlin began his radio broadcasts on WJR in 1926, where he preached a weekly sermon. Until 1931, when the station was unexpectedly dropped, CBS had provided free sponsorship. Determined to keep his broadcasts alive, Father Coughlin raised the money himself, and reached out to millions of listeners.

During the 1932 Presidential election, Father Coughlin was a strong voice in favor of candidate Franklin D. Roosevelt, claiming that America's fate was "Roosevelt or ruin." After the Great Depression had left the country in shambles, Roosevelt's "New Deal" – a plan to pump much-needed blood throughout the country's dry veins – was also heavily endorsed by Father Coughlin. He (Coughlin) is even quoted as saying about the plan, "The New Deal is Christ's Deal," and "God is directing President Roosevelt."

The following years would see a change in demeanor from Father Coughlin, as he began to find disdain with Roosevelt's plans, claiming that the capitalist intentions of the President were damaging to the nation. Coughlin founded the National Union for Social Justice, a worker's rights organization, and stood vehemently opposite of Roosevelt's plans.

By 1934, Father Coughlin was known widely for being the primary Roman-Catholic voice on political and financial issues. Coughlin supported the unabashed Huey Long (New Orleans) until his assassination in 1935, and then joined forces with William Lemke in 1936. When Lemke failed to win the Presidential election in 1936, Coughlin briefly gave up broadcasting.

The years to come were perhaps the most damaging in the public's eye. After the election in 1936, Father Coughlin became a sympathetic supporter of the fascist policies of Hitler and Mussolini. His CBS radio broadcasts were blatantly aimed at the Jewish community, citing that "international conspiracy of Jewish bankers" caused the Great Depression, and that Jewish bankers were behind the Russian Revolution.

Coughlin then published a newspaper, Social Justice, in which the anti-Semitic views became even more poignant and forthright. After Japan's attack on Pearl Harbor and the ensuing declaration of war in December of 1941, Coughlin and other isolationists were views as sympathetic to the enemy.

In 1942, the Catholic community had enough of Father Coughlin's outspoken views, and the new bishop of Detroit ordered Coughlin to cease and desist with any and all political activities and return to the duties of a parish priest. Coughlin immediately complied and remained the pastor of the Shrine of the Little Flower until 1966, when he retired.

Until his death in 1979 at the age of 88, in Bloomfield Hills, Michigan, Coughlin continued to write pamphlets denouncing Communism.